Dr. Allen attended the University of Tennessee earning a B.A. in Biology, followed by his dental degree at University of Tennessee School of Dentistry. Following dental school, Dr. Allen attended the Medical College of Georgia for an additional two years of prosthodontic specialty training. He remained as faculty for 7 years culminating in his being the director of the post-graduate prosthodontic program before entering private practice in 1993. Dr. Allen is currently Associate Professor at Vanderbilt University School of Medicine.

Dr. Allen and his wife Jo have three daughters, Kristy, Jamie, and Katy. Dr. Allen is an avid motorcyclist and enjoys traveling, with a goal of visiting all of the National Parks in the United States. 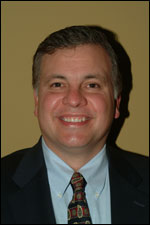 Dr. Clayton was Chief of Prosthodontics in an Advanced Education Program in General Dentistry before entering private practice in 1998. Dr. Clayton is currently Assistant Professor at Vanderbilt University School of Medicine and also serves as a consultant to several post graduate dental training programs.

Dr. Clayton and his wife Pam enjoy traveling. Dr. Clayton is also an avid golfer with a goal of playing all of the Top 100 public golf courses in the United States. 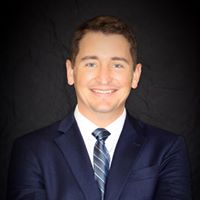 Dr. Bryan McLaughlin grew up in Colorado Springs, Colorado, and attended the University of Colorado at Boulder where he studied Biology, Physiology, and Neuroscience. He attended the Arizona School of Dentistry and Oral Health for dental school, earning a Masters of Public Health along with his dental degree.

After graduation he was commissioned as an Army officer and spent three years training in the Army’s post-graduate prosthodontic residency in Augusta, Georgia.

Dr. McLaughlin has produced award-winning research in the area of Digital Dentures, and has lectured across the country on this topic. He has published articles in the top scientific journals in the field of prosthodontics, and continually strives to stay on top of the latest research so he can provide the best treatment possible to his patients.

Dr. McLaughlin is a member of numerous dental organizations, including the American Dental Association, American College of Prosthodontists, American Association of Fixed Prosthodontics, and Academy of Osseointegration among others.

Dr. McLaughlin is married with four children who keep him very busy. He enjoys being outdoors, running, swimming, hiking, and playing with his kids.

Font Resize
Accessibility by WAH
Call Us Text Us